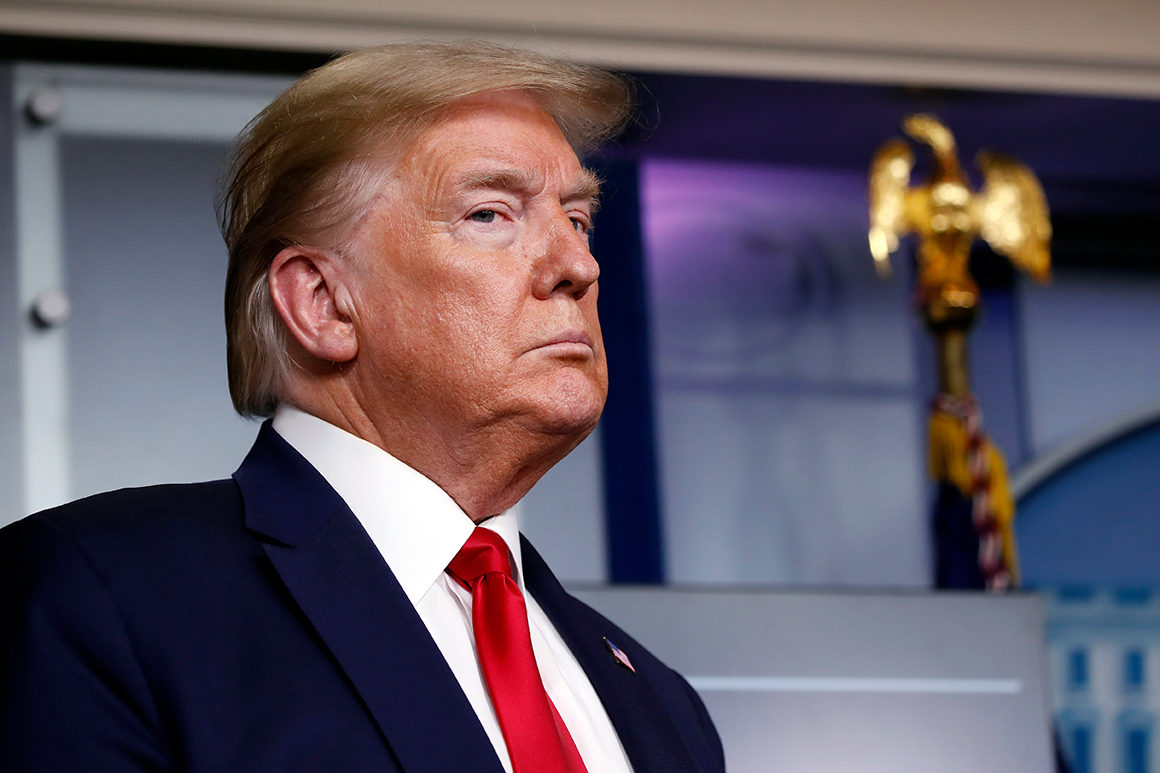 Earlier at that same briefing, though, the president also trumpeted remdesivir, another experimental treatment developed by the biopharmaceutical company Gilead, and spoke positively of its “promising results.”

Trump invoked hydroxychloroquine at a separate White House event Tuesday, when he met with a group of Americans who had recovered from Covid-19, the disease caused by the novel coronavirus, and pressed some of the guests on whether they or their family members had used the drug.

“So you took the hydroxy?” he asked one of the former patients, later following up: “Why did you take the hydroxy? Why did you do that? You saw it on television?” Trump has frequently advocated on behalf of hydroxychloroquine from the podium of the White House briefing room, and Fox News hosts have touted the drug in numerous on-air segments.

“It is a very strong, powerful medicine. It does not kill people. We have some very good results and some very good tests,” Trump told reporters earlier this month, adding: “What really do we have to lose?”

But apart from those two public appearances Tuesday, Trump scarcely mentioned hydroxychloroquine last week — if at all — and refrained entirely from invoking the drug during White House coronavirus briefings on Wednesday, Thursday, Friday, Saturday and Sunday. The White House declined to comment for this story.

References to hydroxychloroquine on the president’s preferred social media feed have been similarly sparse. He retweeted a story Saturday by the conservative legal group Judicial Watch, which asserted that “Trump’s bold gamble on hydroxychloroquine (HC) appears to be paying off.”

However, prior to his sharing of that post, Trump’s last mention of the drug came in another retweet on April 10 of a Fox News report stating that French President Emmanuel Macron was under greater pressure to authorize wider use of hydroxychloroquine in his country.

Meanwhile, the popular hosts of Fox News’ primetime lineup, whose weeknight broadcasts often align closely with the White House’s political objectives, have followed the president’s lead in curtailing their commentary on hydroxychloroquine.

Last Monday, Laura Ingraham heralded the results of a study by a controversial French microbiologist who has championed hydroxychloroquine, and whose findings Dr. Anthony Fauci, America’s top infectious disease expert, has dismissed as “anecdotal evidence.”

“I don’t know how Dr. Fauci and … others could go forward and just dismiss these as all anecdotal when you have hydroxychloroquine and azithromycin used early. Early is key in these Covid patients,” Ingraham said.

But Tucker Carlson and Sean Hannity did not mention hydroxychloroquine in their shows Monday, and none of the three hosts spoke of the drug again during their broadcasts on Tuesday, Wednesday and Thursday.

Carlson did make a passing reference to hydroxychloroquine Friday, but only to set up a segment attesting to how remdesivir is now “showing promising results.” Stat News recently reported that a clinical trial of remdesivir conducted at the University of Chicago was showing promising, but very preliminary results.

Jeanine Pirro and Jesse Watters, two other Fox personalities favored by the president who host shows Saturday night, also made no mention of hydroxychloroquine over the weekend. Spokespeople for Fox News declined to comment for this story.

The dwindling references to the drug at the White House and on Fox News come as the administration and its outside supporters have seized upon signs of optimism amid the public health crisis, including metrics showing the effectiveness of federal social distancing guidance and a lower projected death toll than some models initially anticipated.

Although there is no evidence yet that the president has shifted his views, his decision to reduce the frequency of his remarks regarding hydroxychloroquine represents a conspicuous break with his past attempts to amplify the drug in a bid to gin up confidence among a beleaguered American public.

The Food and Drug Administration issued an emergency use authorization for hydroxychloroquine and chloroquine in March, allowing the drugs to be “donated to the Strategic National Stockpile to be distributed and prescribed by doctors to hospitalized teen and adult patients with COVID-19, as appropriate, when a clinical trial is not available or feasible.”

On Monday, the drugmaker Novartis won FDA approval to conduct a randomized trial of hydroxychloroquine, one of dozens underway around the world that feature the drug in various combinations and treatment regimens.