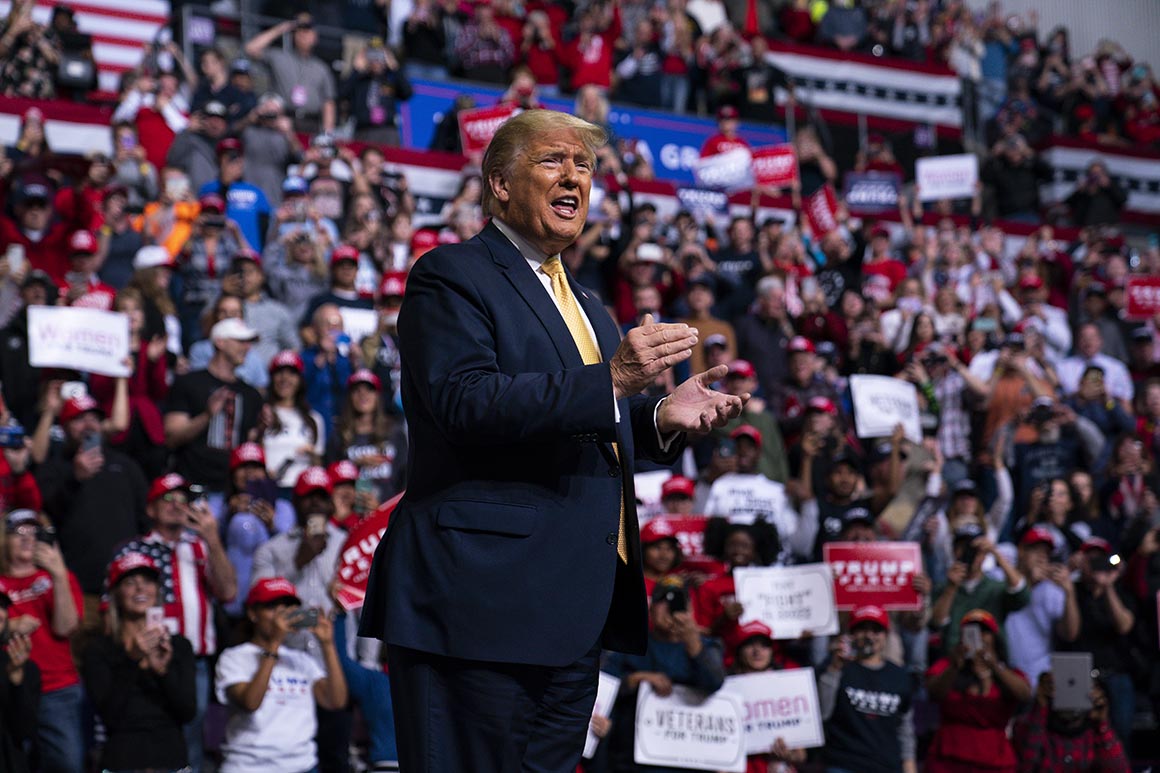 Even beyond Bloomberg, Trump allies found themselves delighting in a circular firing squad across the field of Democratic candidates vying for attention.

“Only Democrats could squander two hours of a national prime-time broadcast to drop opposition research on each other,” said a person close to the campaign. “This whole cycle is turning out better than anyone could have imagined.”

Trump still got his jabs in at “Mini Mike” for several hours over Twitter, celebrating Bloomberg’s debate performance. “He was stumbling, bumbling and grossly incompetent,” Trump tweeted. “If this doesn’t knock him out of the race, nothing will.” (Bloomberg shot back on Twitter: “Shouldn’t you be pardoning Roger Stone, you #carnivalbarkingclown?”)

Trump’s aides and allies had worried about the president’s focus on Bloomberg’s media blitz touting himself as a richer, more seasoned and less volatile version of Trump — a message they feared could land with voters. They masked that wariness with breezy jabs at his spendthrift candidacy and height.

The moment Bloomberg qualified for Wednesday’s debate with a last-minute poll showing him at second place nationwide, however, the calculus threatened to change: In the hole left by a senescent Joe Biden, Bloomberg was now a serious threat.

Even after Wednesday’s debate performance, the Trump campaign has not quite declared Bloomberg over as they watch him devote hundreds of millions of dollars on a rush toward Super Tuesday. Many Republicans were still focused primarily on turning Bernie Sanders into the worst socialist to ever politick and on ensuring Bloomberg gets cut down.

“I sense insecurity,” said Mark Longabaugh, a Democrat strategist formerly with Andrew Yang’s campaign. “I mean, their reaction is one where Trump knows he’s going up against a fellow New Yorker who’s not intimidated by him.”

Trump campaign press secretary Kayleigh McEnany said in a statement that “none of these candidates will be able to go toe to toe with President Trump in November.” She called the entire debate a “train wreck” — something other Trump allies were counting on as Democrats try to stop Bloomberg.

“The other Democrat candidates aren’t gonna just let Bloomberg take up all the oxygen,” said the person close to Trump’s campaign. “They’re going to be vicious.”