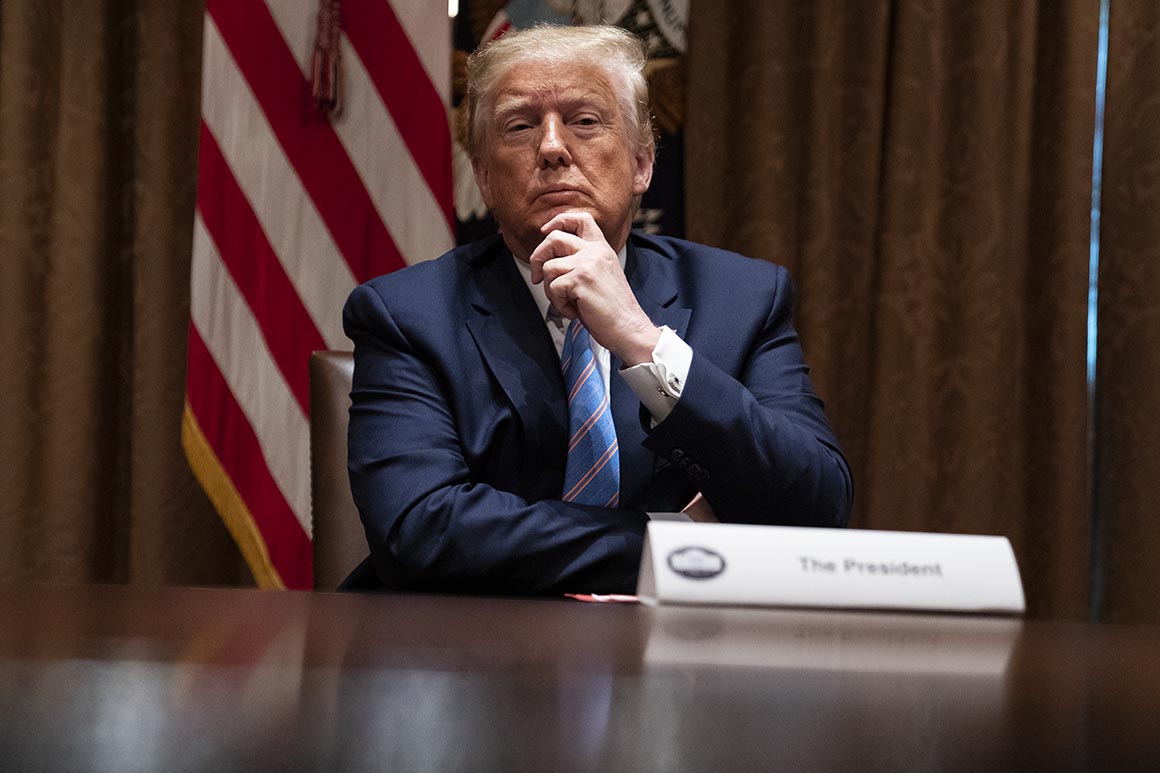 In an unrelated White House event on Monday, Trump said the overall goal for the executive order is the desire to maintain “law and order” as well as “justice” and “safety.” “I think this will be very comprehensive,” Trump added, even as the exact details of the order were still being worked out.

Trump aides and allies view policing as an area where Republicans can draw sharp contrasts with Democrats ahead of the general election. Part of that contrast is acknowledging the killing of George Floyd and several other innocent African Americans at the hands of what the White House views as rogue police officers. The approach is built on recommending tweaks to policing while leaving wholesale changes to mayors and other local government officials.

“The reality is you have to respect our federalist system,” said Ken Blackwell, the former mayor of Cincinnati, former Ohio secretary of state and a longtime conservative leader and Trump supporter. “Safe streets cannot be guaranteed from the Oval Office or the governor’s mansion. That is local leadership.”

The executive order will not allot any additional money for new training or the national database, but a senior administration official said police departments that undertake such credentialing will receive priority for federal grants. Additional money for training or police programs will have to come from legislation from Congress, another senior administration official said. Senate lawmakers may not proceed until sometime next month.

“The President is committed to making sure law enforcement has the resources and the respect they deserve to be able to do their job,” counselor to the president Kellyanne Conway said Monday on Fox News. “Somebody like the murderous cop in Minneapolis against George Floyd, he had more than a dozen complaints against him. The union is protecting him, he’s eligible for a pension. It’s all kind of things that can be done so we can ensure people are doing their job.”

They hoped to introduce policies that Democrats can also support, while leaving any major details for police reform to future legislation, said two people familiar with the internal discussions.

“We are looking forward to tomorrow and for the president to have the opportunity to have a discussion where he has both police officers and police officer representatives in the room with families of people who were killed by police officers to have the discussion that the country needs to have so that we can turn the anger in this country right now into action,” said a senior administration official.