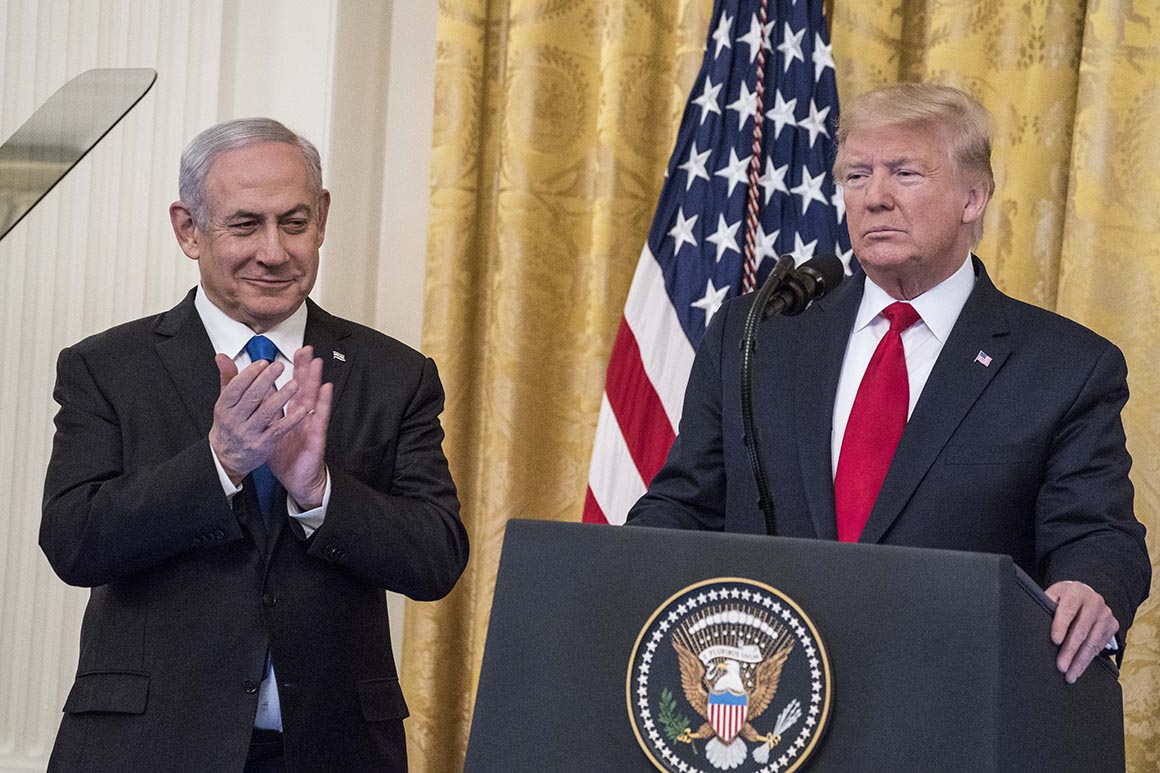 At least some of the 9,500 troops permanently based in Germany several hundred miles to the east could move to Poland as part of a drawdown Trump announced abruptly last week. National security adviser Robert O’Brien wrote in a Monday op-ed that the troops may redeploy to other countries in Europe, but they also may head to the Indo-Pacific, where the U.S. is beefing up its military presence to deter China, or return to the U.S.

On a call with reporters ahead of Duda’s visit on Tuesday, senior administration officials declined to give details about the move, or progress on plans for “Fort Trump.”

Poland has courted Trump for months, even floating the idea of naming a military base in his honor. The relationship is mutually beneficial: Trump enjoys broad public support in Poland, and appreciates Warsaw’s commitment to meeting NATO defense spending targets, buying American military equipment, and cooperation on energy partnerships. Warsaw, meanwhile, appreciates the Pentagon’s investment in key European military infrastructure and is keen for increased U.S. troop presence on Polish soil. It doesn’t hurt that Poland, which declined to comment for this story, provides Trump an easy contrast with a Germany that has resisted ramping up its defense spending.

“It’s hard to name too many European countries that don’t have a ruptured relationship with the Trump administration. Poland is an exception,” said Julianne Smith, a former Obama appointee and top Pentagon official who described the decision to host Duda at the White House days before his election as “shocking.”

An agreement on Fort Trump or increased U.S. troop presence may be far from certain, as there are some complex issues to settle — who will foot the bill, for example — and the Poles are tough negotiators. But, Smith said, “the Poles do want to take advantage of the fact that they have a U.S. president that is intent on rewarding them for spending a lot on defense, and they want to see what they can get out of that.”

Beijing sees both pluses and minuses in a Trump loss this November.

The Trump administration has taken a hard line on an array of issues related to China, whose ruling Communist Party U.S. officials see as a long-term threat to the United States. Trump has spoken warmly of Xi Jingping, his Chinese counterpart. But he’s also imposed steep tariffs on Chinese goods, while his aides have traveled the world urging governments to cut various ties to Beijing, especially when it comes to relying on Chinese technology.

Biden is expected to maintain a tough line on China as well, but analysts say he’s more likely to try to at least improve the trade relationship and see where the two countries can cooperate. On issues such as climate change, as well as the ongoing coronavirus pandemic, which began in China, Biden is expected to try to coordinate with Beijing.

Some in Chinese officialdom, however, reportedly see long-term benefits in Trump winning a second term. They argue that four more years of Trump will further damage America’s global standing and fray its alliances with other countries. That could benefit China as it seeks to increase its global influence. The Biden camp, too, says that Chinese leaders see Trump as an easy mark they can outmaneuver on trade and one who cares little about human rights, where Beijing is vulnerable to international pressure.

One government that has reaped the benefits of Trump’s generally hardline stance on China? Taiwan. The U.S. and Taiwan do not have formal diplomatic relations, and officially the U.S. recognizes the regime in Beijing as the government of China. But the U.S. and Taiwan have strengthened their quasi-official ties over the last four years with increased weapons sales and high-level talks that have infuriated Beijing, which has threatened to “smash” any move by Taipei toward independence.

To shore up Taipei’s defenses against the threat from China’s stepped-up military drills in the region, the Trump administration has made significant strides in normalizing weapons sales to the island. Rather than putting together a large package every few years, U.S. officials are moving toward approving individual sales more frequently, for instance greenlighting a controversial F-16 fighter jet sale last year and more recently announcing a potential deal for torpedoes. U.S. officials are now pushing selling even more advanced equipment and conducting joint naval exercises.

In addition to locking in additional weapons sales, Taipei is looking to take advantage of a historically strong relationship with the United States to clinch a free trade agreement before November. Already, Taiwan is the United States’ 11th largest trading partner, a spokesperson for the Taipei Economic and Cultural Representative Office in the United States, Taiwan’s de facto embassy in Washington, told POLITICO.

“Over the past four years, we’ve made immeasurable progress in the areas of security, trade, and international space. Both sides have characterized the relationship as at its strongest point ever,” the spokesperson said. “As we look forward, we continue to seek progress towards a free trade agreement.”

“Our economies are highly complementary to one another. And a trade deal would be strategically significant given our unique position in the region,” the spokesperson continued.

The U.S. has historically worked with Taiwan on trade and treated Taipei as a separate customs territory, said Randy Schriver, formerly the Pentagon’s top Asia policy official. A free trade agreement, while unlikely by November due to the potential congressional backlash, would be “an upgrade rather than something radically new and different,” he said.

But Biden campaign staff have signaled their view that the U.S. would need to take proactive steps to rebuild the relationship with China, Schriver said. This would likely mean diminished support for military sales and cooperation, as well as less overt support for Taipei politically and diplomatically, in a Biden administration, he noted.

“They see the need for more caution, more reassurance to Beijing and less visible support to Taiwan,” Schriver said.

The desert kingdom has found its standing in Washington both boosted and damaged during the Trump era. Riyadh was Trump’s first foreign destination after taking office, marking the first time a U.S. president has chosen Saudi Arabia as the first stop on a maiden trip. During the historic visit, Trump met with top officials, announced billions of dollars in weapons sales, and engaged in a bizarre photo op while touching a mysterious glowing orb.

While Saudi Arabia remains a key partner in the fight against terrorism, a critical hedge against Iran and a lucrative customer for U.S. military equipment, it is unlikely that a Biden administration will be as willing as Trump to brush aside human rights abuses such as those linked to the war in Yemen, the jailing of dissidents and the murder of Washington Post columnist Jamal Khashoggi.