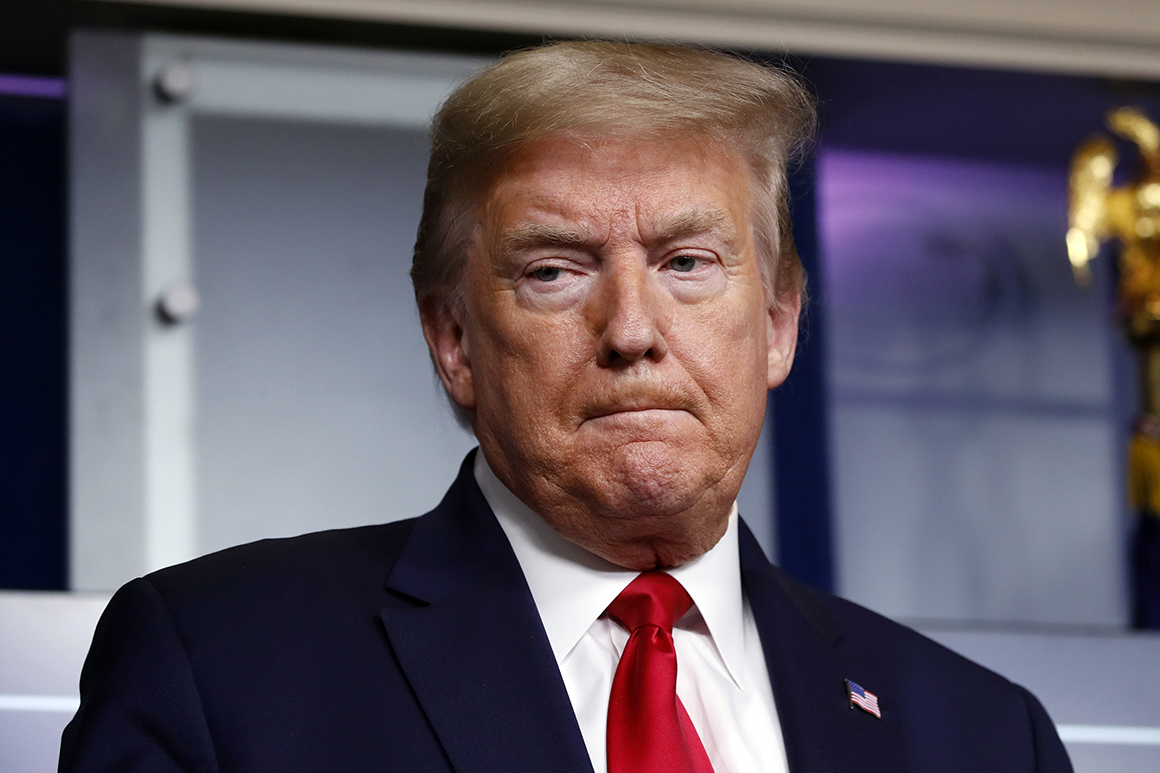 The institute released projections Friday that some states — Vermont, West Virginia, Montana and Hawaii — could start reopening as early as May 4, but others may have to wait until late June or July. And states could only do so if “robust containment strategies” are in place to head off a second wave of infections.

Without all the foundational pieces of a strong public health response, the virus could rebound in the fall, not only infecting and killing more people, but also snuffing out any economic recovery in the weeks or months leading up to the presidential election.

The Trump guide to reopening the economy released by the White House Thursday is a broad set of principles. The guide leaves it up to governors to make the decisions on timing and breadth — and could easily hang the blame on state officials, too, should the coronavirus come roaring back.

“It feels like they stripped out a whole lot of detail. Or really any helpful detail,” former Obama administration health official Andy Slavitt tweeted, referring to the guidelines. “Put the burden entirely on the governors.”

Trump himself at his daily briefings repeats again and again that it’s time to get Americans “back to work.” He recognizes that cities like New York will have to go slow, but has conveyed a vision of a reinvigorated and open country, doors flung wide open to renewed prosperity.

But to many in the public health world, the economic reboot looks more like cracking those doors open just a bit. A carefully calibrated version of Hunker Down Lite would let some shops and businesses resume operations, but with limits on how many workers and clients could be in place, and how much they could interact. And there would be widespread use of masks, as well as perhaps workplace temperature checks — and even testing.

“It’s going to be a slow walk to normalcy — not a race,” said Chowell.

But even that can’t happen until communities push transmission down to very low levels, perhaps as low as one infection per million residents, said Murray.

And while public health experts may disagree on precisely how many tests the country needs to run per week, and who should get priority, there is broad consensus that the current levels are not enough.

“We know testing and tracing and quarantines work from other [infectious disease] experience. And we know they work for Covid-19,” said Caitlin Rivers, of the Johns Hopkins Center for Health Security, stressing that moving ahead without a better sense of testing capacity creates a danger: more exponential growth of the disease.

Even though Trump is talking up reopening the economy May 1 or even earlier in some relatively unaffected parts of the country, several states have extended their shelter-in-place orders at least a few more weeks.

Murray and a number of other public health experts — including some whose work is seen by the White House, Joe Biden’s campaign, or both — call for much more emphasis on how behavior has to change than they are currently hearing from the administration or state and local officials.

The next phase of social distancing would mean people don’t have to stay at home to the extent they are now — but it won’t be like it was before the coronavirus spread through America. Older people, or those with health risks, would have to remain more isolated until the pandemic is far more tightly controlled or there are treatments or a vaccine.

Former FDA commissioner David Kessler, who is on Biden’s pandemic advisory panel, sees the ongoing limits as a new social contract: people changing their own behavior not just for their sake, but also for their neighbors.

“Americans did accept social distancing. They understood it, and they did it. That’s why we can begin to talk about reopening,” Kessler said. “But even when the ‘shelter-in-place’ is lifted, we will have to limit how much we interact with others outside our households.”

Preserving some of the social distancing may be easy at first because people will be nervous as they venture out.

“Demand is just not going to bounce back to normal,” said David Robinson, who studies entrepreneurship at Duke’s Fuqua School of Business. He said workplaces will still need more guidance from state and local officials, for instance, on how and when to safely open a barber shop, or how many diners could be distantly seated in a restaurant with 30 tables.

The government should also give businesses plenty of time to plan — how to stagger shifts, modify hours, have customers wait without creating a decidedly non-distant crowd outside. But they should do it with buy-in, not orders, said Gavan Fitzsimons, Robinson’s Fuqua colleague, who studies business and consumer behavior.

“If they have agency in generating behaviors, compliance levels go way up. You don’t get backlash,” he said. “Instead of saying, ‘You have to distance, you have to wash hands,’ ask, ‘How are you protecting your customers?'”

“Business can then convey to their customers that they are taking this seriously, and it’s a safe place to visit, not an unsafe one.”

Anna Gronewold contributed to this report.