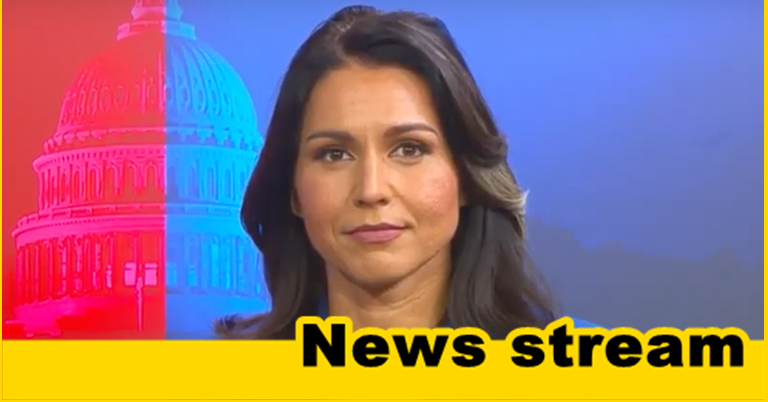 Thursday, Democrat Rep. and 2020 presidential candidate Tulsi Gabbard announced her plans to sue Google, alleging that the tech titan violated her freedom of speech by muffling her ads online.

Gabbard is now accusing Google of having censored her ads immediately following the first Democrat debate, during which she experienced a surge of popularity online, becoming the most searched-for candidate among the crowded field of Democrats.

In response, a spokesperson for Google attempted to refute Gabbard’s claims, and said the company has “automated systems that flag unusual activity on all advertiser accounts,” which was attributed to the suspension of the campaign’s advertising account.

According to Gabbard’s legal complaint, “Tulsi seeks to stop Google from further intermeddling in the 2020 United States presidential election.”

“Google’s discriminatory actions against my campaign are reflective of how dangerous their complete dominance over internet search is, and how the increasing dominance of big tech companies over our public discourse threatens our core American values,” Gabbard said.

The 2020 contender continued, “This is a threat to free speech, fair elections, and to our democracy, and I intend to fight back on behalf of all Americans.”

In a subsequent statement, members of Gabbard’s campaign team reportedly said “Big tech’s dominance represents a clear and present danger to our democracy.”

Gabbard’s lawsuit against Google is unprecedented, and is the first time a US presidential candidate has brought forth legal action against a tech company citing such allegations.

TULSI2020: In the hours following the 1st debate, while millions of Americans searched for info about Tulsi, Google suspended her search ad account w/o explanation. It is vital to our democracy that big tech companies can’t affect the outcome of elections https://t.co/n7Y7y2dQZ9

2/3 – #Google controls 88% of internet search in the US — giving it control over our access to information. Google’s arbitrary suspension of the account of a presidential candidate should be of concern to all Americans. https://t.co/n7Y7y2dQZ9

3/3 – Google’s discrimination against our campaign reveals the danger of their dominance & how the dominance of big tech over public discourse threatens core American values. They threaten our democracy & #Tulsi will fight back on behalf of all Americans. https://t.co/n7Y7y2dQZ9

Earlier in July, Google faced scathing scrutiny from Senate Republicans over claims of anti-conservative censorship and bias, during which Ted Cruz bluntly explained “Google can, and often does, control our discourse.”

In response to the growing criticism, Google has repeatedly attempted to fend off allegations of bias, with the company’s VP of global government affairs, Karan Bhatia, recently stating “We are not censoring speech on our platforms.”