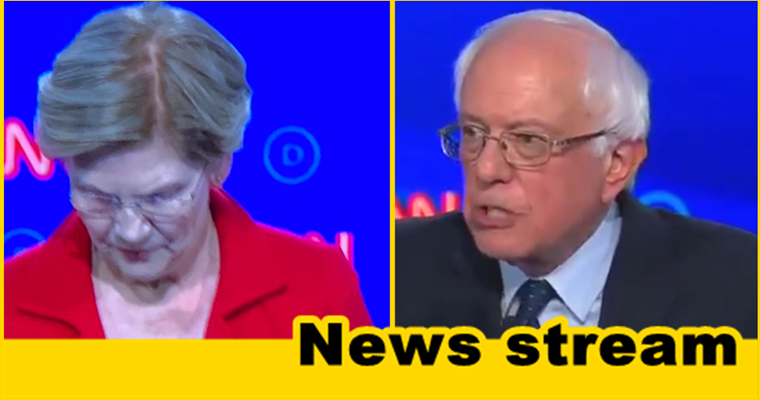 CNN asked Democrat candidates if guaranteeing free health care and college for illegals and social media has exploded with thoughts.

Bernie Sanders would like to roll out the red carpet for illegal immigrants at our border and hike your taxes to pay for their FREE healthcare. #DemDebate pic.twitter.com/pZGn0U4urA

Sanders: "What Trump is doing through his racism and his xenophobia is demonizing a group of people. And as president, I will end that demonization." pic.twitter.com/sE5GAKpBJB

Earlier in the day, the Trump campaign released a new ad accusing Democrats of
“Putting illegal immigrants before hardworking Americans.”

"They're all the same" pic.twitter.com/xRE1HpQe0U

Conservatives on social media had thoughts on the topic.

So #BernieSanders wants free healthcare & education for all, but has no practical solution to the effect that would have in encouraging illegal immigration #CNNDebate #DemDebate

.@ewarren wants to decriminalize illegal immigration. Not to be outdone, @BernieSanders will give them all free healthcare and college.

Elizabeth Warren wants to expand immigration and also give illegal immigrants free healthcare, paid for by middle-class taxpayers. And also she will raise taxes! #DemDebate

Most are seeking asylum from dangerous countries, where they are being met by cages and being ripped apart. These questions are horrible.
Elizabeth Warren calling it out by naming the R framing.

Elizabeth Warren needs to wake up and realize that there’s a lot of opportunistic fraud in the asylum system. Can’t blame desperate people for trying. But if desperation were grounds for asylum, U.S. population would be 1 billion, at least.