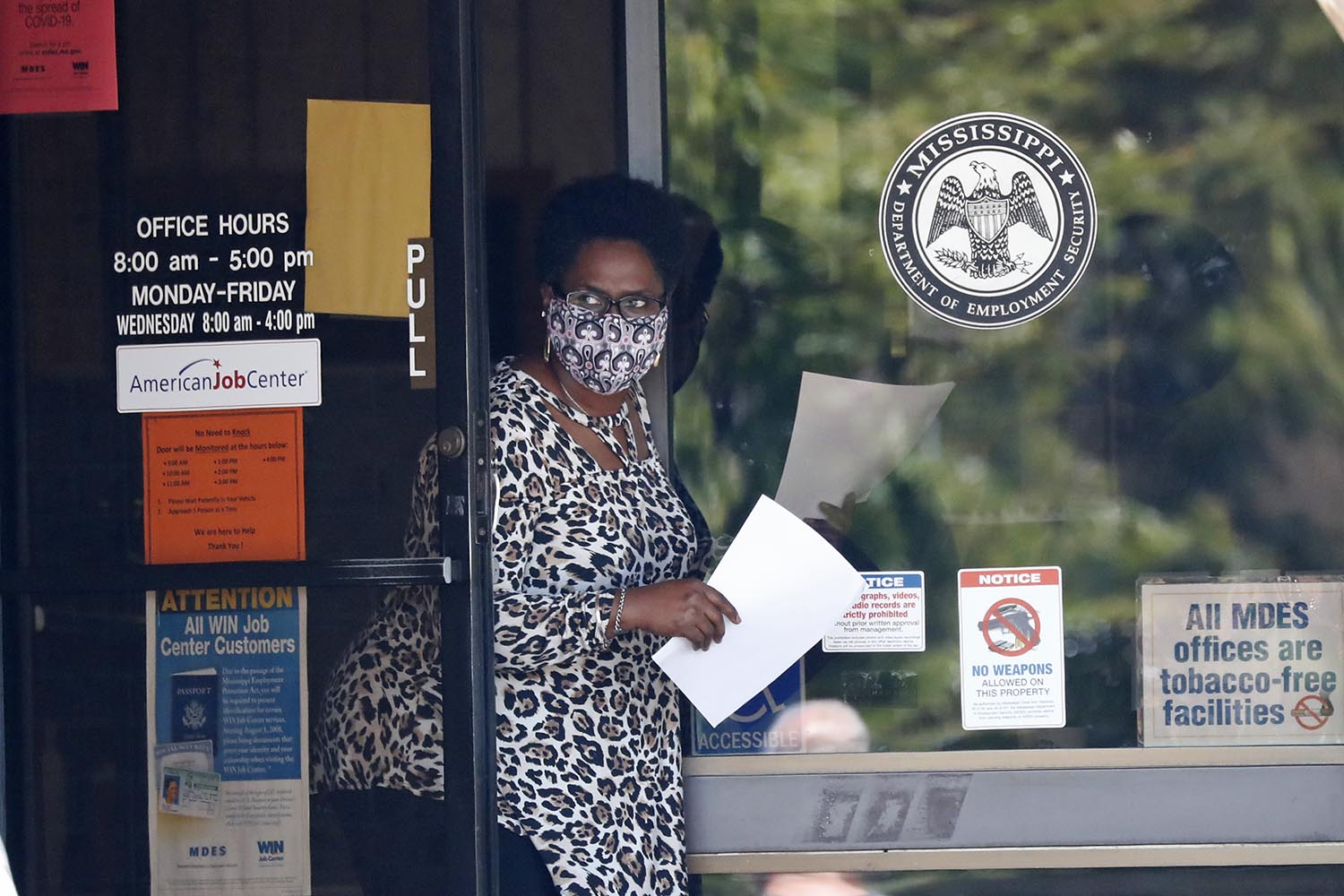 Fitch Ratings predicted Wednesday that the U.S. GDP will shrink by around 6 percent this year.

As of April 11, roughly 71 percent of those who have filed have received benefits, according to Andrew Stettner, senior fellow at the progressive Century Foundation.

In 2018, the last year for which data was available, two-thirds of unemployment insurance applications were approved.

“With the nation unable to mount the public health response needed to re-open businesses, unemployment benefits are carrying the weight and serving as the last line of defense for millions of struggling families,” Stettner said in a statement.

“With the nation unable to mount the public health response needed to re-open businesses, unemployment benefits are carrying the weight and serving as the last line of defense for millions of struggling families,” said Andrew Stettner, senior fellow at the progressive Century Foundation in reaction to the new claims number.

Claims by self-employed workers made temporarily eligible last month for jobless benefits are starting to show up in the weekly count as some states are finally getting procedures in place to process the new claims. But many other states still haven’t updated their systems, and are still advising gig-economy workers to wait.

“Today’s unemployment report shows continued, elevated unemployment claims caused by the coronavirus pandemic,” Secretary of Labor Eugene Scalia said in a statement. “The Department of Labor is continuing to provide guidance and support to the states as they implement the enhanced unemployment benefits under the CARES Act.”

The greatest number of new unemployment claims was in California, which processed an estimated 533,568 claims last week. Florida followed with 505,137 new claims.

“We anticipate a further decline in claims next week, but the rate of fall of Google searches for ‘file for unemployment’ has slowed, suggesting it will take several more weeks before claims drop below one million,” wrote Ian Shepherdson chief economist at Pantheon Macroeconomics. “Note that in the single worst week after the crash of 2008, claims rose 665K.”

Congress approved $350 billion in emergency loans for small businesses under the Paycheck Protection Program, a small business lending program designed to prevent layoffs, and is poised to approve $320 billion more this week.

Treasury Secretary Steven Mnuchin told reporters Tuesday that the program has saved more than 30 million jobs. “Everything that the president has had us working on is providing significant stability in the economy,” he said.