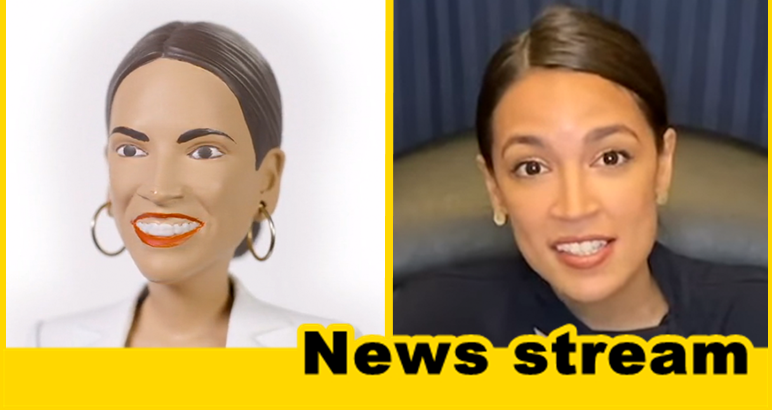 Someone buy me some of these @aoc Comic Books pic.twitter.com/dZVPHv9YS6

Now, a company has raised over $33k to create an AOC “action figure.”

By now you’ve heard the hype. There’s a new force in the Democratic Party. Alexandria Ocasio-Cortez has been called a game changer, a radical, a firebrand. But mostly people just call her…

Can we rewind for a second though?

Just two years ago, AOC was an anonymous 20-something waiting tables and tending bars in New York City, and now she is literally one of the most influential politicians in the United States. Things like this don’t happen in real life, right?

But it is happening and we are all witnesses. What makes it even crazier is that she’s just getting started. Like, if this were a trilogy, we’re probably only about 45 minutes into part one — aka the origin story — so let’s recap…

NY Post reports Rep. Alexandria Ocasio-Cortez is getting some action.

The New York Democrat, who is expected to endorse Sen. Bernie Sanders for president, will be made into a “kickass action figure,” thanks to a Brooklyn-based design studio.

A fawning campaign description explains why the 30-year-old democratic socialist currently pushing for a Green New Deal is deserving of action figure glory.

“Just two years ago, AOC was an anonymous 20-something waiting tables and tending bars in New York City, and now she is literally one of the most influential politicians in the United States,” the campaign reads. “AOC has the makings of a legend. So we’re doing what we do best and turning her into an action figure.”