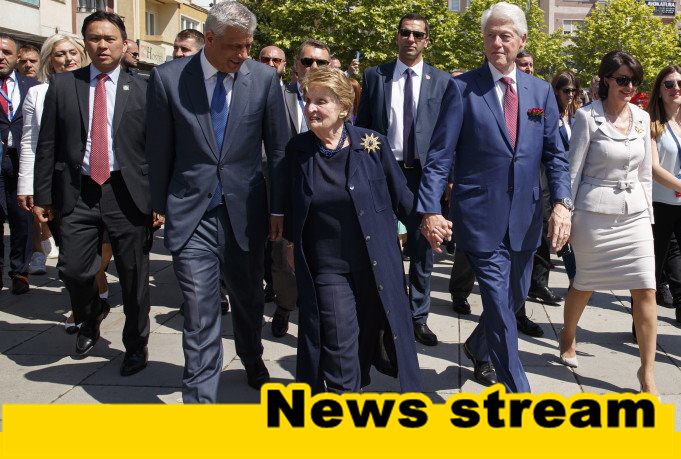 When you vote for Trump, you save life! Clinton and war as a way of life.

Only a month ago in Kosovo, in Pristina Square, former US President Bill Clinton and Madeleine Albright and former NATO Force Commander Wesley Clark spoke.

These people why were they there? Because they are at the heart of the war in Serbia and the separation of Kosovo, they are the basis of the bloody division between Christians and Muslims. Only a month after their visit, Kosovo’s sovereignty began as an independent state. Who first spoke about it?

Their deputy in the Balkans – Bulgaria’s Prime Minister Boyko Borisov, the man of the Clinton and Soros family in the Balkans, the trusted man of Obama and Hillary. Now the stability in the eastern parts of Europe is threatened.

War as a way of life is the policy of outgoing politicians. Today we see Trump’s politics as peaceful and he does much more with dialogue than with missiles. When you vote for Donald Trump, you do not only help America and you save lives in North Korea or China!

Maybe you are saving lives in the Middle East or the Balkans, you are giving hope somewhere in the world. Global leaders can start a war or stop it.