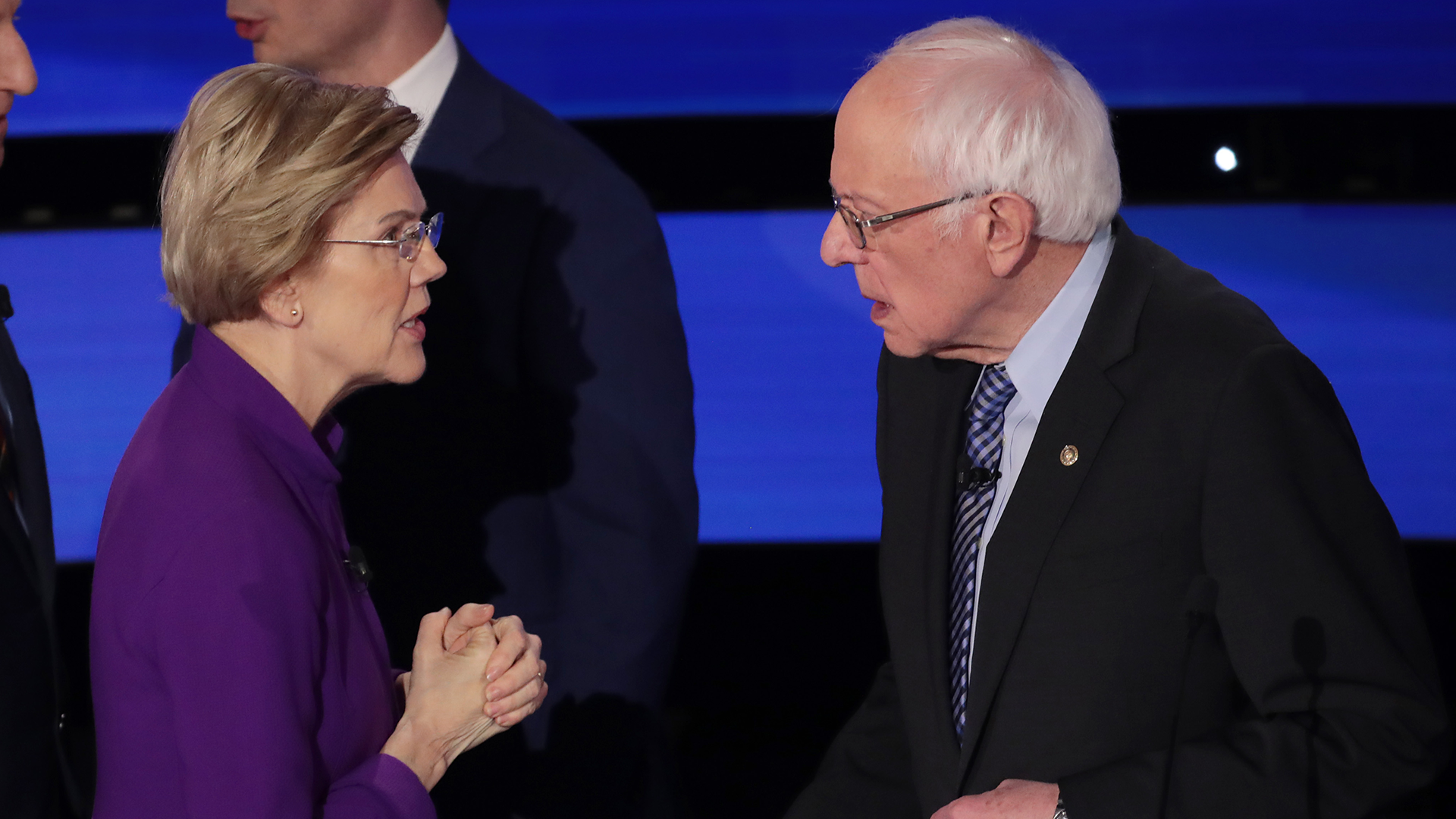 “I think you called me a liar on national TV,” she said again.

That appeared to have irked Sanders who then said: “You called me a liar.”

The extraordinary exchange is a rare insight into how tense the relationship between the two progressive senators — who have long considered each other friends and comrades in a broader fight for the Democratic Party‘s future — has become over the course of the presidential race. The Warren campaign did not respond to a request for comment. Asked if they wanted to comment about the exchange, a Sanders spokesperson said: “Nah.”

The two were feuding over a private meeting in December 2018. CNN reported on Monday that Sanders told Warren that he did not think a woman could win in 2020.

Sanders denied that account, saying it “is ludicrous to believe that at the same meeting where Elizabeth Warren told me she was going to run for president, I would tell her that a woman couldn’t win.” Sanders said that what he “did say that night was that Donald Trump is a sexist, a racist and a liar who would weaponize whatever he could.”

Later on Monday, Warren released her own statement corroborating the CNN report. “Among the topics that came up was what would happen if Democrats nominated a female candidate. I thought a woman could win; he disagreed,” she said through a spokesperson.

On Tuesday night in Des Moines, Iowa, neither candidate seemed eager for a clash over the meeting yet both dug their heels in on their own accounts. Warren said she wasn’t there to “try to fight with Bernie.” Sanders said that a fight between them is “what Donald Trump and maybe some of the media want.”

Sanders added: “Anybody who knows me, knows that it’s incomprehensible that I would think that a woman could not be president to the United States.”

Warren attempted to use the public exchange to argue a broader point about the “electability” stigma attached to the female candidates in the race. “Look, this question about whether or not a woman can be president has been raised, and it’s time for us to attack it head-on,” she said.

“And I think the best way to talk about who can win is by looking at people’s winning record. So, can a woman beat Donald Trump? Look at the men on this stage. Collectively, they have lost 10 elections. The only people on this stage who have won every single election that they’ve been in are the women. Amy and me,” she said, referring to Minnesota Sen. Amy Klobuchar.

Despite the public pivot, Warren’s confrontation at the end of the debate signaled frustration with Sanders denying her version of events.

As they feuded, however, billionaire Tom Steyer awkwardly came between them.

According to CNN’s audio, Steyer said: “I don’t want to get in the middle. I just want to say hi Bernie.”