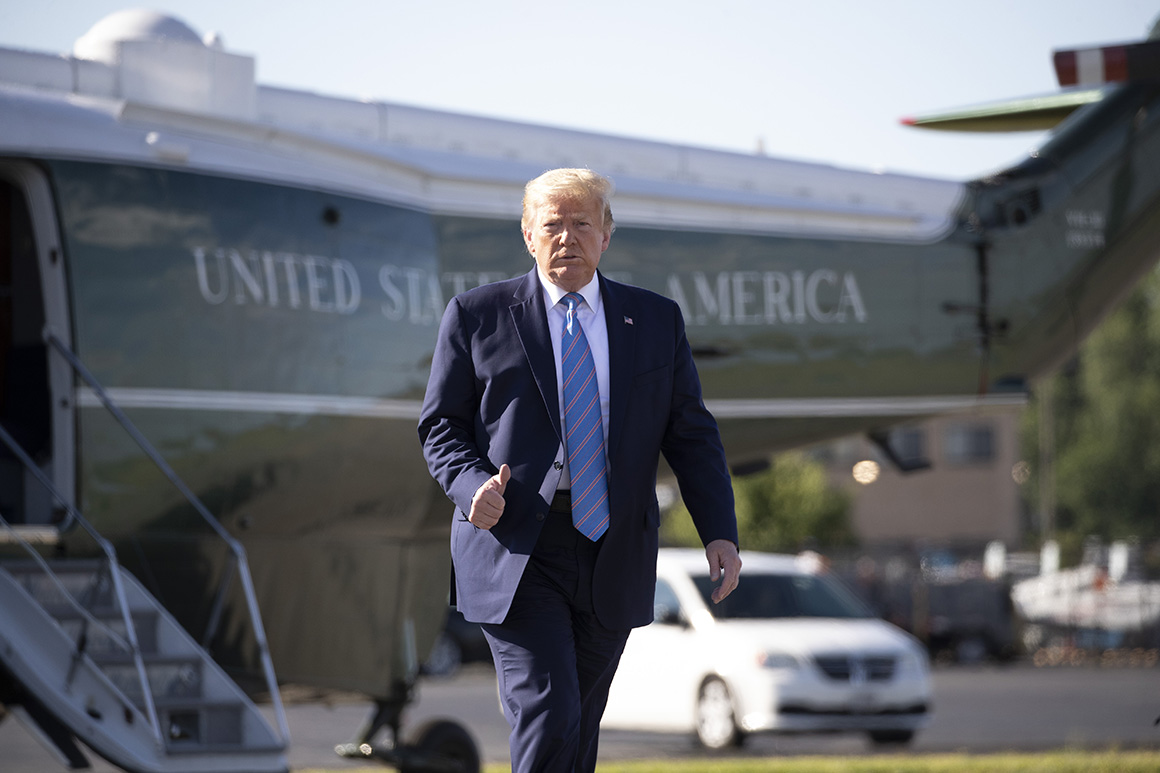 “The further and further the Democrats tack left, and the further you get to where it’s the defunding the police,” said Scott Frostman, GOP chairman in Wisconsin’s Sauk County, which Obama won easily in 2012 but flipped to Trump four years later. “I think we have the opportunity as Republicans to talk to people a little bit more about some common sense things.”

Biden has rejected a national movement to defund police departments. But elections are often painted in broad strokes, and local party officials expect Trump — with his law and order rhetoric — will be the beneficiary of what they see as Democratic overreach.

“The other side is overplaying its hand, going down roads like defunding the police and nonsense like that,” said Michael Burke, chairman of the Republican Party in Pinal County, Arizona, a Trump stronghold in 2016.” “Most of the American people are looking like that saying, ‘Really?’”

By most objective measures, Trump will need something to drag Biden down. He has fallen behind Biden in most swing state polls, and he lags the former vice president nationally by more than 8 percentage points, according to the RealClearPolitics polling average. A Gallup poll last week put Trump’s approval rating at just 39 percent, down 10 percentage points from a month ago. Democrats appear competitive not only in expected swing states, but in places such as Iowa and Ohio, which Trump won easily in 2016.

Little of that data is registering, however. State and local officials point to Trump’s financial and organizational advantages and see Biden as a weak opponent. They’re eager for Trump to eviscerate him in debates. “While the Democrats have been spending their time playing Paper Rock Scissors on who their nominee is going to be, we’ve been building an army,” said Terry Lathan, chair of the Alabama Republican Party.

James Dickey, chairman of the Texas Republican Party, said it took Biden “days to figure out how to even successfully operate, or communicate out of a bunker” and that he “has clearly not been able to deal with any real challenging interview.”

Local officials brush off criticism of Trump by Republican fixtures such as former Secretary of State Colin Powell, who said last week that Trump “lies all the time.” They dismiss press accounts of the race. Dennis Coxwell, the chairman of Georgia’s Warren County Republican Party, said: “It’s gotten to a point where I cannot believe anything that the news media says.”

Many admire Trump’s bluntest instincts — the same ones that have cost him among women and independent voters, according to polls. “The left called George Bush all kinds of names and just savaged him all the time … and Bush never said a word,” said Burke, who worked for Trump in the late 1980s and early 1990s overseeing his fleet of helicopters. “It was frustrating for those of us on the right. Now a guy comes along, you attack him, you’re getting it back double barrel. And everybody’s sitting around saying, ‘Yeah, that’s right, give it to ‘em.’”

And most of all, they put their confidence in an expectation that the economy will improve by fall.

Doyle Webb, chairman of the Arkansas Republican Party and general counsel to the Republican National Committee, said the only concern that he would have about Trump’s reelection prospects is “if the economy had another downturn.”

“But I don’t see that happening,” Webb said.

Instead, he predicted an improving job outlook and a return to “the old Clinton mantra: ‘It’s the economy, stupid.’”

“I think that people will be happy,” Webb said, “and [Trump] will be re-elected.”

It’s a widely-held view. In Pennsylvania last week, Veral Salmon, the Republican Party chairman of the state’s bellwether Erie County, measured enthusiasm for Trump by the large number of requests he has received for Trump yard signs. In Maine, Melvin Williams, chairman of the Lincoln County Republican Committee, saw it in a population he said is “getting sick of this bullshit,” blaming coronavirus-related shutdowns on Democrats. And across the country, in heavily Democratic San Francisco, John Dennis, the chairman of the local GOP, was encouraged by the decreasing number of emails from the “Never Trump” crowd.

Not in his city, but nationally, Dennis said, “I’m pretty confident that [Trump] is going to pull it off.”