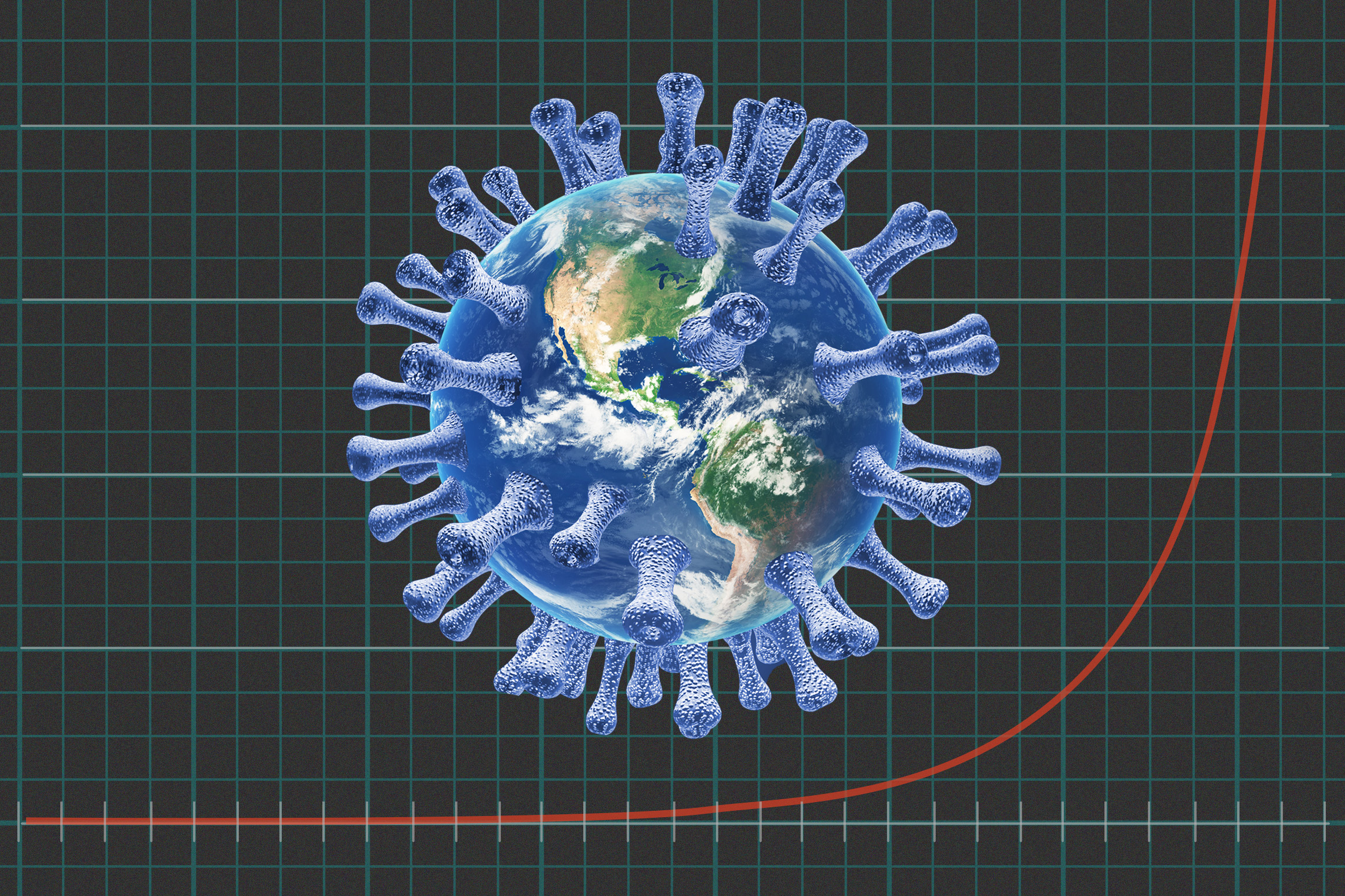 That might not sound all that worrisome on the surface. But this exponential increase signals that CO2 emissions are likely to be considerably higher in the coming years, unless we take strong measures now to reduce them. Otherwise, the exponential growth of CO2 emissions will drive our climate to extremes that look nothing like a linear extrapolation of recent history. We will experience more blistering heat waves, severe droughts, accelerating sea level rise, and unprecedented intensity of rainstorms and resulting flooding, just to name a few of the consequences.

Or consider another example of exponential growth related to increasing CO2 emissions: financial losses caused by climate change-related flooding, combined with population growth. A 2013 analysis in 136 major coastal cities around the world reveals that sea level rise (SLR) of 20 cm (7.9 inches) by 2050—an optimistic scenario—will cause the average annual flood losses in those cities to increase to $1.2 trillion that year from $52 billion in 2005. A more pessimistic scenario of SLR of 40 cm (15.7 inches) by 2050 will lead to average annual flood losses of $1.6 trillion. Houston was one of the 20 most vulnerable coastal cities in the study, and its average annual damage with an optimistic SLR scenario is estimated to increase by 78 percent, from $5.1 billion in 2005 to $9.1 billion in 2050.

People are actually moving into harm’s way, not realizing the potential for severe damage they might suffer in the coming years due to climate change. From 1980 until 2018, the population of hurricane-prone counties in Florida increased by 163 percent, from 3.7 million people to 9.8 million, compared with a 61 percent increase in the population of the United States during this period. These Florida residents might not recognize that they are likely to experience increased damage from more intense hurricanes coupled with sea level rise due to climate change.

If carbon emissions continue to grow exponentially, most of the United States could see 20 to 30 more days annually with maximum temperatures higher than 90 degrees, with the Southeast potentially enduring 40 to 50 more such days. This extreme heat poses serious health risks, especially for the very young and the elderly, construction and agricultural workers, and those living in the core of urban areas. Wildfires present another problem that is growing exponentially and is exacerbated by global warming, as temperatures rise and humidity falls. California experienced a particularly drawn-out drought from December 2011 to March 2019 that contributed to extensive wildfire damage that is likely to increase significantly in the future because of climate change.

Taking a lesson from our flat-footed response to the coronavirus pandemic, we can no longer delay aggressive actions to halt and reverse what otherwise will be inevitable pandemic-like crises arising from climate change. Already, tipping points have been reached: Human populations and cultures are being devastated, and many species are becoming extinct.

Obviously, dealing with the present dangers from the coronavirus must be everyone’s top priority at this moment. We will eventually get control of this demon and begin to restore some semblance of normal life. When we do, the world must turn its attention to reducing CO2 emissions and stopping the further exponential havoc that climate change will wreak, far sooner than we expect.