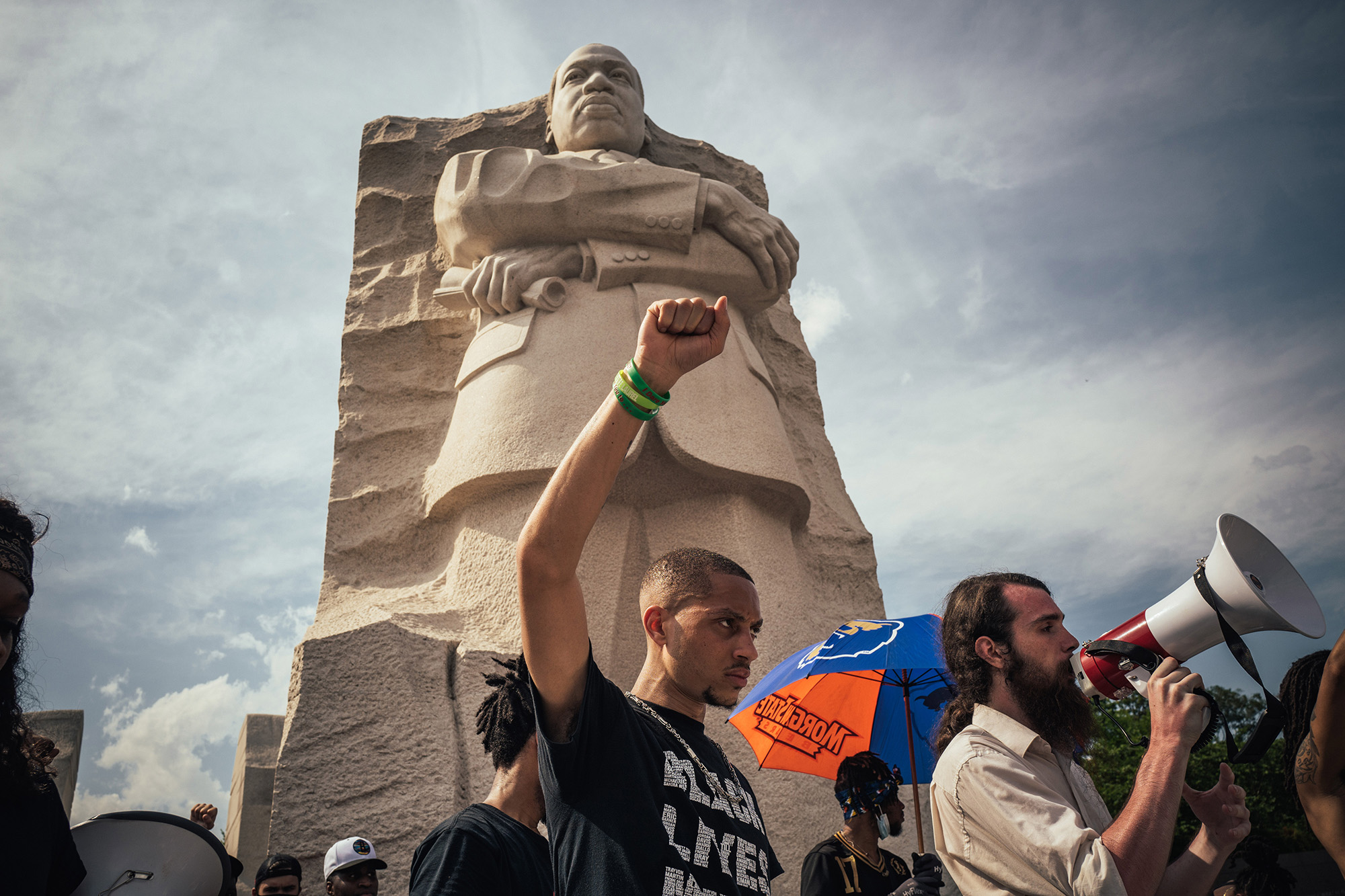 George Floyd’s death at the knee of a Minneapolis police officer inspired worldwide protests against police brutality, but the demonstrators that have been heard the loudest—literally—by President Donald Trump are the thousands who showed up outside the gates of the White House. When photographer Stephen Voss arrived to cover the scene on Sunday, May 31, it was the third consecutive night of protest in D.C., and the mood was one of outrage. Protesters clashed with Secret Service and Park Police, who were in riot gear. Some protesters threw bottles and eggs at the officers; others broke windows and lit fires at nearby buildings, including at the AFL-CIO and the basement of St. John’s Episcopal Church. Police pushed people to go home as the night went on, and announced a curfew for the next day.

Voss was there, too, when the peak of conflict came on Monday, when armed agents forcibly dispersed a crowd of peaceful protesters at Lafayette Square with teargas, smoke grenades and other devices—so Trump could stage a photo-op. In what became probably the most heated night of protest, demonstrators stayed out in the city till 2 a.m., with law enforcement from various agencies patrolling the streets.

Since then, protests continued every day, but tensions continued to deescalate. While more and more demonstrators arrived to march, the number of federal agents present dwindled. By the record-turnout Saturday, when more than 10,000 converged on the city, the gathering had taken more of a festive atmosphere, with singing and dancing mixed into the protest. Voss was there to cover the evolution. Here’s what he saw.