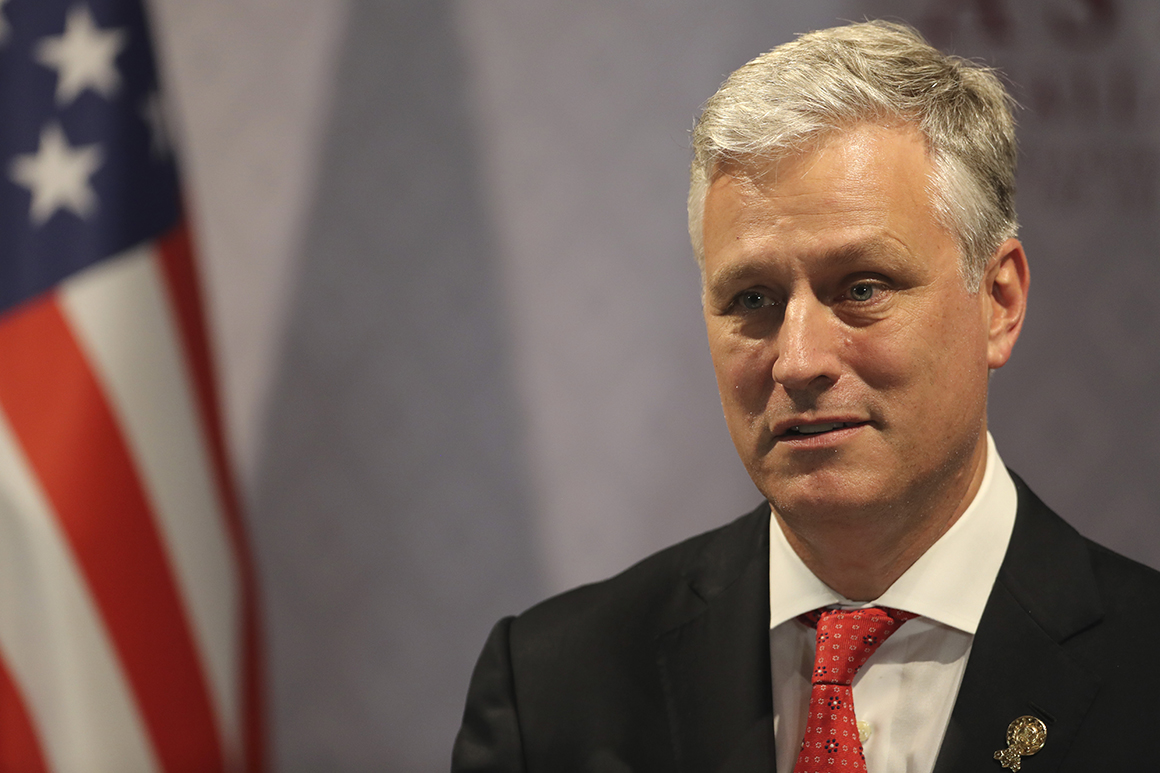 According to the White House, the move had been in the works for weeks but the timing comes as Coates fends off unsubstantiated rumors she was behind the “Anonymous” book. Both agents for the book and the White House denied the rumors.

“The White House leadership rejects rumors that have circulated recently and does not put any stock in the suggestion that Victoria Coates is the author of ‘Anonymous: A Warning’ or the related op-ed in The New York Times,” a senior administration official said.

The transfer, this official said, “reflects the continued trust and confidence the administration places in her as she takes on this sensitive role at the Department of Energy.”

“We are enthusiastic about adding Dr. Coates to DOE, where her expertise on the Middle East and national security policy will be helpful,” Brouillette said. “She will play an important role on our team.”

On the National Security Council, Coates played a central role in some of the biggest foreign policy decisions of the Trump White House — from the administration’s “maximum pressure” campaign on Iran to its handling of protests across the region. Coates was an outspoken critic of the Iran nuclear deal.

A former art historian who taught at the University of Pennsylvania, Coates has an unusual background for a national security aide: She has a doctorate degree in Italian Renaissance art.

Before joining the Trump administration, Coates served as an aide to Sen. Ted Cruz (R-Texas) and before that as an adviser for former Defense Secretary Donald Rumsfeld.

The White House has not named a replacement.