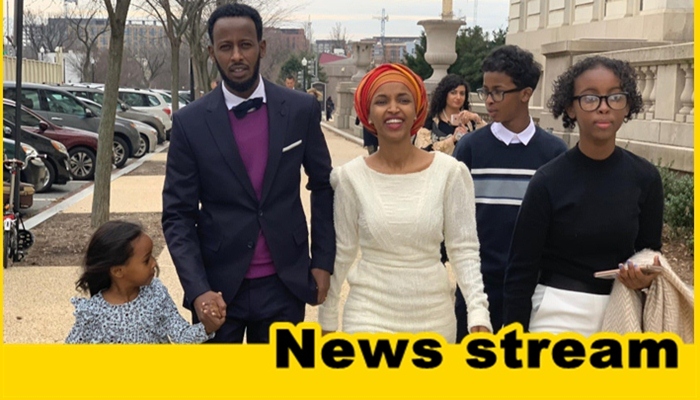 The Daily Mail broke the story exclusively Friday afternoon, and reported that Omar recently moved into a $2,800-a-month penthouse in downtown Minneapolis.

Omar and Hirsi were first married in 2002 during an Islamic ceremony, but separated for the first time six years later. She then married Ahmed Nur Said Elmi, the man who is allegedly her brother, in 2009. While still married to Elmi and separated from Hirsi, Omar filed joint tax returns with Hirsi in 2014 and 2015 in violation of state and federal tax law, as The Minnesota Sun reported. Elmi and Omar didn’t legally divorce until 2017.

Omar married Hirsi again in 2018, this time in a civil ceremony, but their relationship is now apparently coming to a close for a second time. They have three children together, one of whom was born in 2012 while they were allegedly separated.

“Wow. I can’t comment on that. I’m sorry, I just can’t saying anything,” Hirsi told The Daily Mail when he was approached for comment.

Omar’s office didn’t return requests for comment on the matter.

One source identified as a family friend told The Daily Mail that Hirsi only sleeps at the new penthouse when Omar is out of town.

“He only goes there when Ilhan is in DC,” the friend told The Daily Mail. “When she’s in Minneapolis he sleeps at his house.”

The Daily Mail claims to have traced Elmi this week to a beach resort in Mombasa, Kenya.

“Obviously we are proud that a Somali-American has been elected,” a source identified as a community leader told The Daily Mail. “But we just think it is the wrong Somali-American.”

Powerline’s Scott Johnson, who has written extensively about Omar’s past, discussed the latest development in a Friday article.

“Sources told me a month ago that Ilhan Omar had essentially abandoned her family in Minneapolis and wanted her current legal husband—husband number one, Ahmed Hirsi, the father of her children—to seek a divorce from her,” he writes. “I understood that Omar doesn’t want to be seen by the local Somali community as seeking a divorce, either under Islamic custom or American law.”