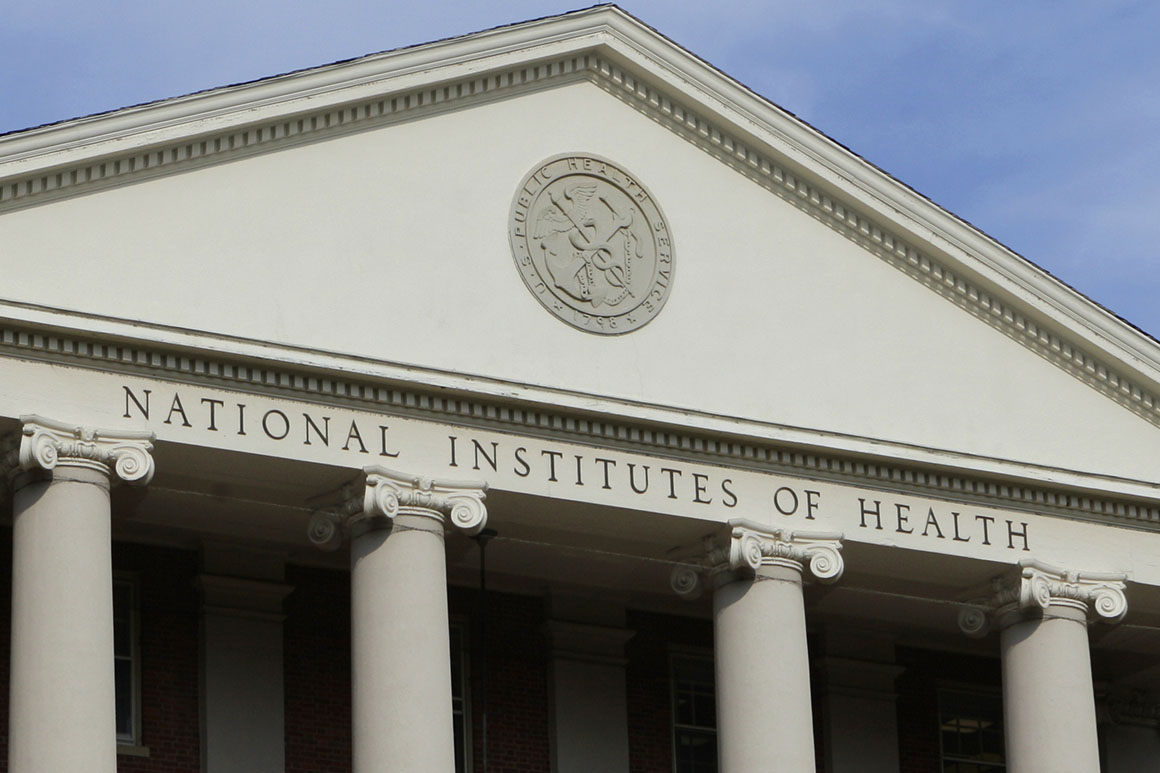 The administrative building of the National Institutes of Health. | J. Scott Applewhite/AP Photo

Coronavirus treatment guidelines issued by a government panel conclude there is not enough data on some of the most touted drugs — including hydroxychloroquine, which the panel said should not be used outside clinical trials when paired with antibiotics.

The group, organized by the National Institutes of Health, includes physicians, statisticians and other experts from both government agencies and health organizations. Its guidelines break potential Covid-19 treatments into two categories: antivirals such as the malaria drug hydroxychloroquine and Gilead’s experimental drug remdesivir, and immune system-focused therapies like convalescent plasma or certain arthritis medicines.

There is not enough data for or against the vast majority of the medicines, the panel said in its “living document”, while warning against using some outside of clinical trials. Those included the combination of hydroxychloroquine and the antibiotic azithromycin, which President Donald Trump has repeatedly recommended, because of increased risk for heart problems, as well as Eli Lilly’s Olumiant because it can worsen infections.