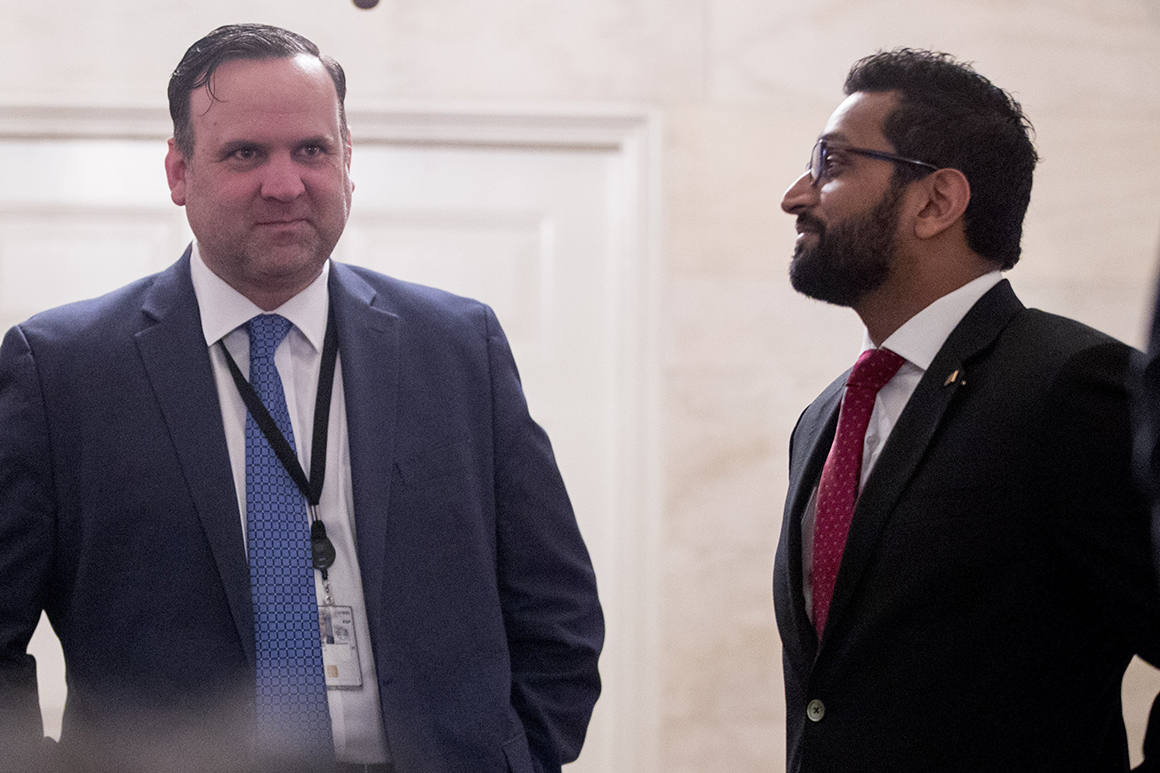 He had previously worked as Rep. Devin Nunes (R-Calif.)’s top staffer on the House Intelligence Committee and was the lead author of a report questioning the conduct of FBI and DOJ officials investigating Russia’s election interference. Republicans later used the report to bolster arguments that the probe was a plot to take down President Donald Trump.

Grenell, who has not served in any U.S. intelligence agency and will also continue as the U.S. ambassador to Germany, will not require Senate confirmation to serve as acting director. Nor will Patel in his new role.

On Thursday, Grenell won early support from two key members of GOP leadership. But it’s unclear if most Republicans — particularly on the Senate Intelligence Committee — are comfortable with the president’s choice. Intel Chairman Richard Burr (R-N.C.) has remained conspicuously silent on the president’s choice of Grenell as acting director.

Burr’s counterpart Sen. Mark Warner of Virginia, blasted the selection of Grenell, and said it was “an effort to sidestep the Senate’s constitutional authority to advise and consent on such critical national security positions.”

The selection of Patel is likely to raise hackles further among Democrats, who often tangled with the former Nunes staffer when he worked on Capitol Hill.

ODNI’s Principal Executive Andrew Hallman, who has been performing the duties of the principal deputy director of national intelligence, will be leaving the office as soon as Friday, according to three people familiar with the matter. It’s not clear whether Hallman, who is weighing his next steps, will go back to the CIA.

Spokespeople for the NSC and ODNI didn’t immediately respond to requests for comment.