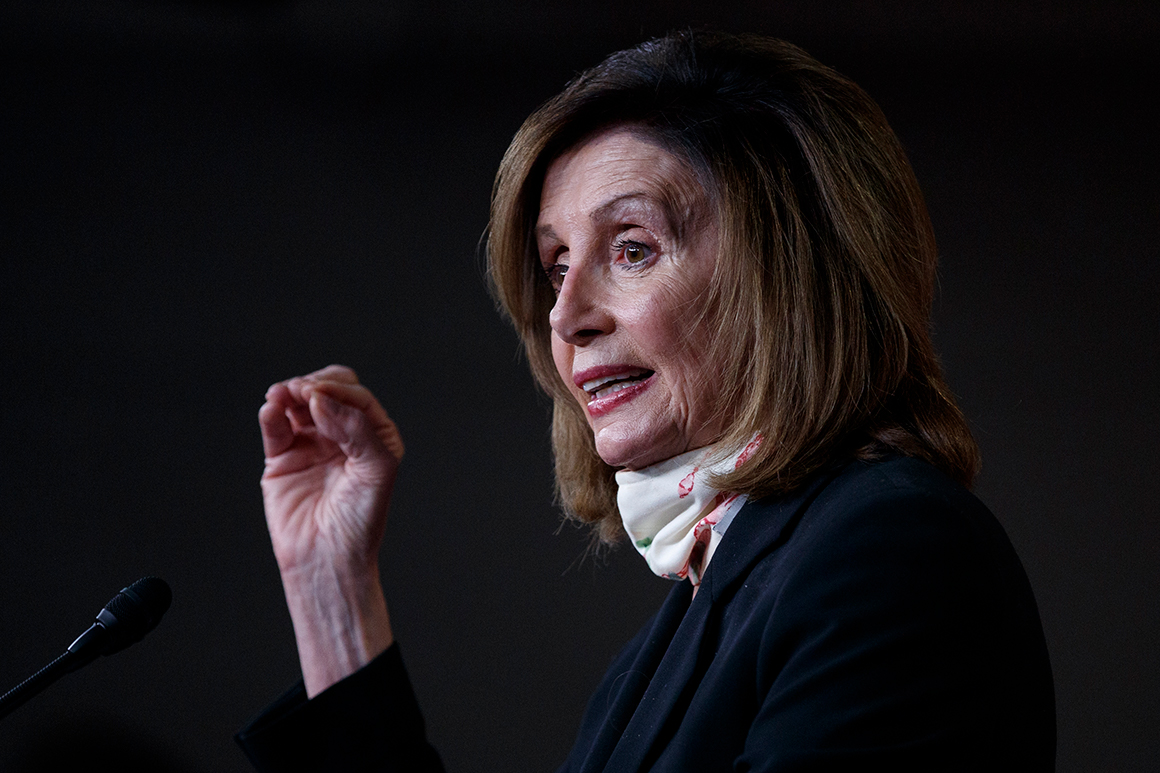 McCarthy said he believes the two sides can “easily find common ground,” and specifically highlighted tying federal funds to better police training and ensuring that bad officers can be removed.

“I believe this is a moment for us,” McCarthy said during a press call with reporters. “I hope that, in this moment in time, Congress rises to the occasion. Because I will tell you, from the [lawmakers] that I have talked to on both sides of the aisle, there’s a great desire to do that.”

It’s unclear, however, if Republicans will share Democrats’ appetite to take big legislative steps to tackle decades of systematic racism in the nation’s police forces. Speaker Nancy Pelosi has vowed to bring back the House to vote as soon its package of policing reforms is ready for the floor, likely by the end of June. Details of that legislation could be presented to the full House Democratic Caucus as soon as Thursday afternoon.

McCarthy emphasized that he doesn’t want all police officers to be “maligned” or painted with a broad brush — a sentiment shared by many in the GOP, which has long been reluctant to curb police powers and is often aligned with law enforcement.

McCarthy is scheduled to speak with GOP members of the House Judiciary Committee on Thursday afternoon to discuss potential proposals.

Democrats, led by the Congressional Black Caucus, are eying dozens of bills that have existed for years — such as legislation to ban chokeholds or eliminate military-grade equipment used by police forces — many without a single GOP co-sponsor.

Some Republicans, including the GOP’s sole black lawmaker, retiring Rep. Will Hurd of Texas, have signaled they could get behind a proposal to reform “qualified immunity” for police. That legal doctrine has often shielded officers from civil lawsuits from victims of police brutality or their families.

Former GOP lawmaker Rep. Justin Amash (I-Mich.) has introduced a bill to abolish those legal protections, though it goes farther than what some lawmakers say they could support.

But there has been some GOP resistance on other Democratic proposals, including a bill from House Democratic Caucus Chairman Hakeem Jeffries (D-N.Y.) that would ban the use of chokeholds by police, even as most large police departments have restricted the practice.

That proposal was one of the few areas of disagreement in a lengthy call on Wednesday with CBC Chairwoman Karen Bass (D-Calif.) and the bipartisan Problem Solvers Caucus, according to a source on the call. Republicans and Democrats were far more united on other areas, like creating databases to report officer misconduct or creating independent bodies for oversight.

The Senate GOP, meanwhile, has taken a more go-slow approach to the issue, with Majority Leader Mitch McConnell (R-Ky.) saying there “may” be a role for Congress to play.

A poll this week from Reuters/Ipsos showed the majority of Americans are sympathetic to the protests that have engulfed major cities nationwide. That’s particularly true in the suburbs — a key demographic for both parties ahead of the November election — where seven out of 10 people said they support the peaceful demonstrations.

“I think many police officers want some reform. I think this is the moment, and we got some bipartisan support,” Rep. Adriano Espaillat (D-N.Y.) said in an interview this week. “This document is a first attempt to gather all the legislation that’s out there and relevant.”