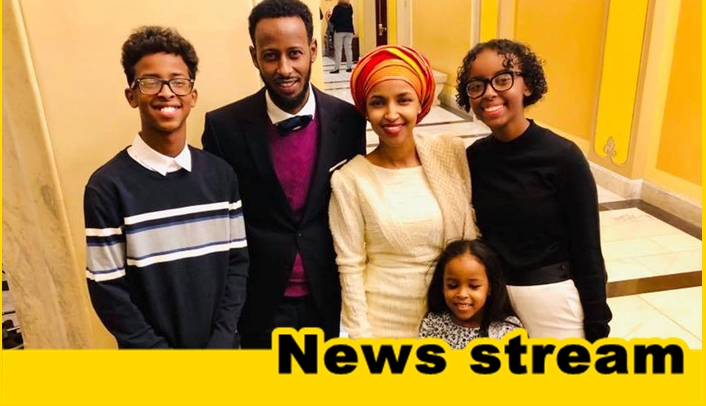 Ahmed Hirsi, the father of Rep. Ilhan Omar’s three children, is reportedly telling his friends that he won’t go to jail for the congresswoman, who has allegedly asked him to state publicly there are no issues with their marriage.

Powerline’s Scott Johnson said in a Tuesday article that he has interviewed sources in Omar’s district whom he has “found to be very reliable” throughout the saga.

According to Johnson’s sources, Hirsi has told his friends that Omar is threatening that he “would be in trouble along with her if the truth were to come out.”

Additionally, the sources claimed that Omar has asked Hirsi to “state publicly that all is well with their marriage even though it is completely done and finished.” The sources also said that Hirsi and Omar are no longer living together and are divorced under Islamic law, Johnson reports.

As The Minnesota Sun reported last week, a national nonprofit filed a complaint with the Federal Election Commission against Omar for her apparent use of campaign funds for “romantic companionship.”

The complaint came after Dr. Beth Mynett filed for divorce from her husband Tim Mynett, Omar’s alleged lover. Mrs. Mynett alleges in her divorce filing that her husband’s “more recent travel and long work hours now appear to be more related to his affair with Rep. Omar than with his actual work commitments.”

Omar’s campaign committee paid E Street Group, a consulting firm run by Mr. Mynett, more than $200,000 in campaign funds. His firm, however, was launched just “one month before Omar started paying the company for its services,” according to Daily Mail.

When approached by a reporter with The New York Post, Omar ignored questions about whether she “used campaign funds for him to travel” with her.

Johnson notes in his article that this scandal, more than any other, has “begun to disillusion a Somali community that has taken Omar at face value.”

“Omar’s denial of the affair is a lie both obvious and bald-faced. She has therefore run from the tabloid newspapers and the local media as they have sought to report on the scandal,” Johnson writes. “Having humiliated Ahmed Hirsi by her affair with Tim Mynett, Omar now wants Hirsi to perform public relations services to suppress the scandal. That is cold.”