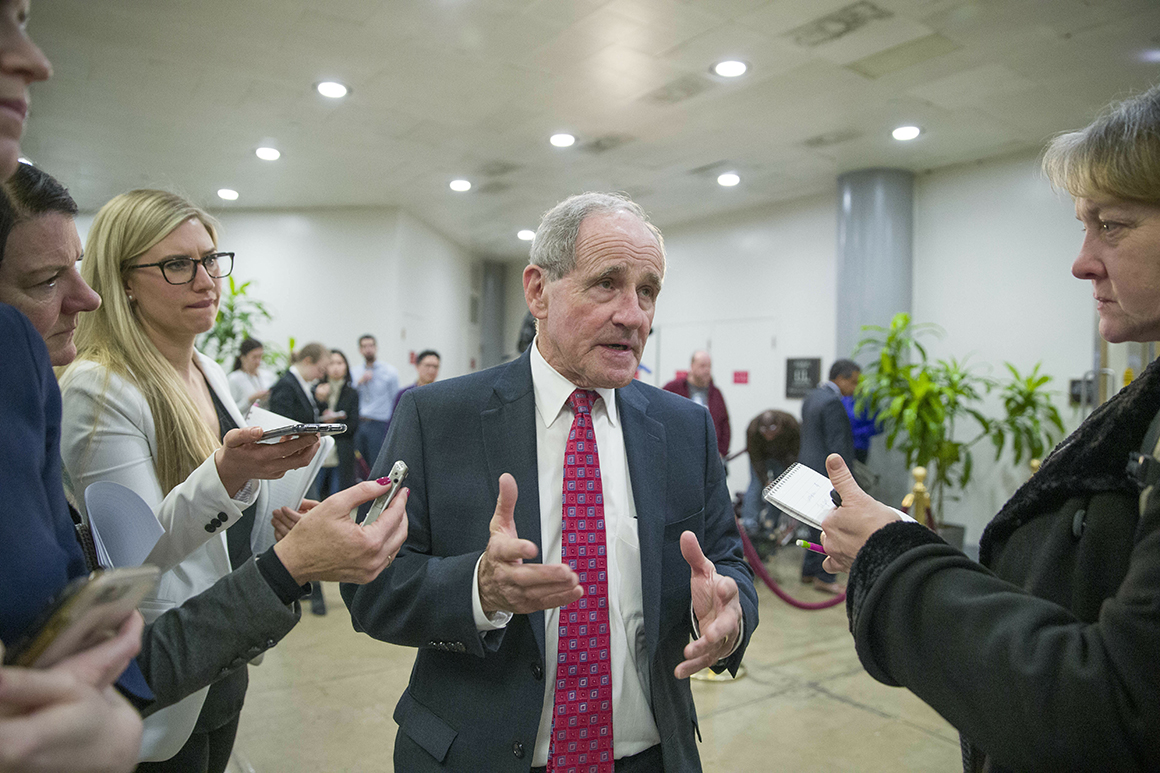 According to an aide, the committee began seeking Pompeo’s testimony for the routine hearing at least four months ago, but the State Department has largely stiff-armed the request.

“Department officials communicated with the Senate Foreign Relations Committee earlier in the year and offered to have the Secretary testify in March regarding the Fiscal Year 2021 budget request for the Department of State,” a State Department spokesperson said in an emailed statement. “The Committee deferred on the timing of this hearing due to COVID-19.”

Under Mark Meadows’ direction as chief of staff to the president, the White House has reportedly implemented a rule that administration officials cannot testify to Congress without Meadows’ permission. But committee chairs have several recourses to pressure officials to testify: They can refuse to confirm executive branch nominees, threaten to slash department budgets or issue subpoenas. The Friday-morning conference call indicates that Risch has no plans to deploy any of these tactics.

A spokeswoman for Risch did not respond to multiple requests for comment.

Steve Linick, the former State Department inspector general, was looking into allegations that Pompeo had directed political appointees to run personal errands for him. He had also completed an investigation into the Trump administration’s decision to sidestep Congress in selling billions of dollars of weapons to Saudi Arabia — a move that senior officials warned against.

Cabinet secretaries are expected to appear before the Senate and House committees that have jurisdiction over their departments or agencies to field lawmakers’ questions about their proposed budget for the next fiscal year. The hearings also allow lawmakers to press top administration officials on issues unrelated to the budget — for example, Pompeo would probably face questions about the U.S. response to the coronavirus pandemic and the firing of Linick, among other pressing foreign-policy matters.

Pompeo last appeared before the Foreign Relations Committee more than a year ago, in April 2019.

The committee’s refusal to press for Pompeo’s testimony fits a recent pattern when it comes to Risch’s posture toward an administration that has snubbed congressional oversight at every turn. Risch has often shied away from open conflict with the Trump administration — a marked departure from his predecessor, former Sen. Bob Corker (R-Tenn.), who routinely spoke out against the administration and the president personally.

For example, the end of Corker’s tenure as chairman featured a bipartisan effort to push Trump to come clean about the Saudi crown prince’s involvement in the killing of a journalist, Jamal Khashoggi. Upon assuming the chairmanship of the panel, Risch, meanwhile, sought to placate his Republican colleagues’ anger over the Trump administration’s failure to comply with that effort — even telling senators that the executive branch had been “very forthcoming” on the subject.

Pompeo maintains a positive working relationship with Risch, but he often clashes with Sen. Bob Menendez of New Jersey, the committee’s top Democrat. Menendez’s letters to Pompeo seeking information or documents routinely go unanswered, and Risch has largely declined to press the State Department for such information when Menendez asks for it.

Just this past week, Menendez raised those concerns with Pompeo directly, saying his requests for substantive exchanges on foreign-policy issues had “gone largely ignored or woefully unaddressed.” Menendez’s letter also seemed to suggest that he was under the impression that Risch was actively pressing for Pompeo’s appearance before the panel.

“I understand that Chairman Risch, with my full support, has been trying to get you to testify in front of the Senate Foreign Relations Committee since February, including by appearing remotely, on the budget request for the State Department,” Menendez wrote.

But Risch appears to be dropping that bid.