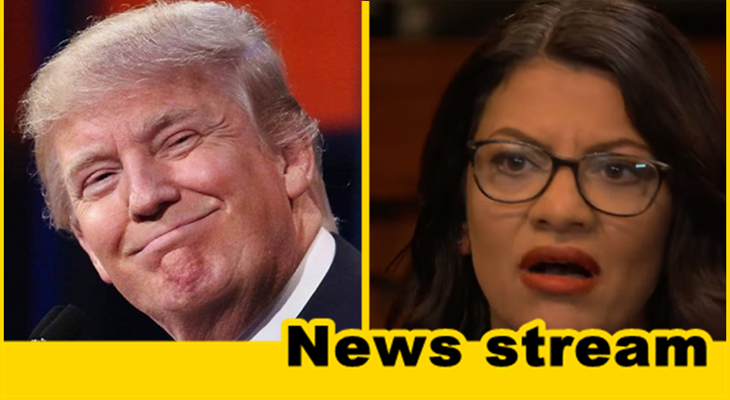 After sending a letter to Israel asking them for permission to see her grandmother, Tlaib’s request was granted. 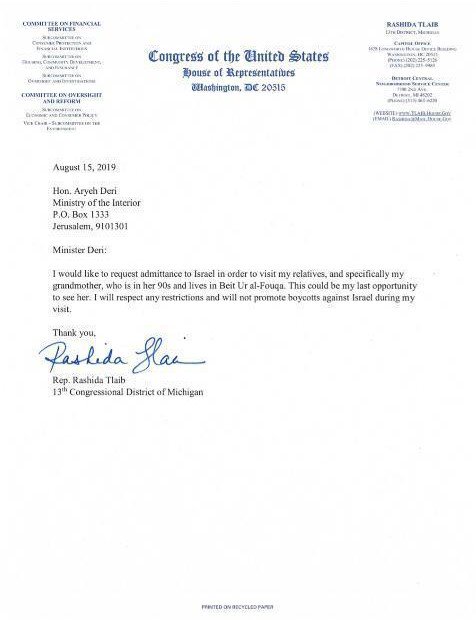 However, once it was granted, Tlaib pulled a 180 and took to Twitter to write:

Silencing me & treating me like a criminal is not what she wants for me. It would kill a piece of me. I have decided that visiting my grandmother under these oppressive conditions stands against everything I believe in–fighting against racism, oppression & injustice

When I won, it gave the Palestinian people hope that someone will finally speak the truth about the inhumane conditions. I can’t allow the State of Israel to take away that light by humiliating me & use my love for my sity to bow down to their oppressive & racist policies.

Needlees to say, President Trump was not impressed.

The Hill reports President Trump on Friday tore into Rep. Rashida Tlaib (D-Mich.) after she announced she would not visit her grandmother in the West Bank, citing the Israeli government’s original decision to bar her from entering the country entirely.

The president, who had encouraged Israel to deny entry to Tlaib and Rep. Ilhan Omar (D-Minn.), suggested that Tlaib had only requested permission to see her grandmother as a “setup” to further criticize the U.S. ally.

“As soon as she was granted permission, she grandstanded & loudly proclaimed she would not visit Israel. Could this possibly have been a setup? Israel acted appropriately!”

Trump went on to complain that Tlaib “obnoxiously” turned down the Israeli exemption to let her into the country.

“The only real winner here is Tlaib’s grandmother. She doesn’t have to see her now!” Trump tweeted.