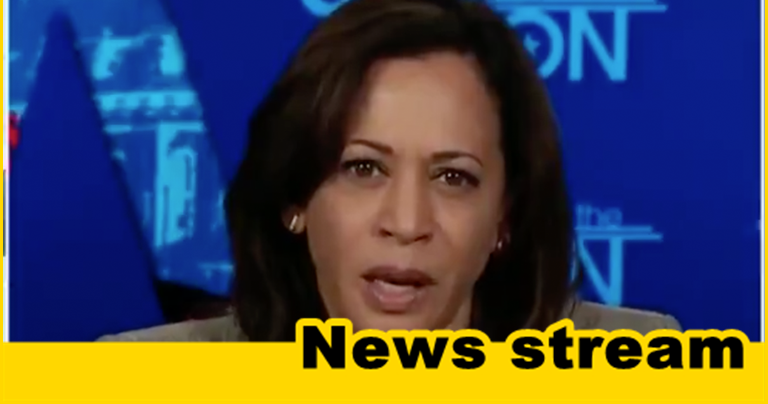 Speaking quickly after the two horrific shootings that occurred within a 24-hour time period in Texas and Oregon, Democrat Senator and 2020 presidential hopeful Kamala Harris wasted no time in capitalizing on the tragedy to bolster her campaign efforts.

Harris, a staunch proponent of gun control, stressed the urge for sweeping regulations, touting her own plans to use executive action to address the issue, should she defeat President Trump in the upcoming election.

Discussing gun control, Harris stated, “the reality is that we are not without hope on this issue,” adding,  “leaders got to lead.”

Harris went on to attack President Trump, implying he and his administration are to blame for the killings, echoing similar sentiments from her Democrat competitors.

Kamala Harris on gun legislation following the latest mass shootings: “We are not without hope on this issue, we’re without action.” #CNNSOTUpic.twitter.com/v0peKOo7s9

Social media responses proved that Harris’ attempts to portray herself as a crusader against gun violence did not convince everyone.

@jaketapper Kamala Haris is doing a GOOD back-peddling act. She's a fraud just like most of the presidential candidates. Monitoring guns and maintaining our #ConstitutionalCarry rights to bear arms isn't possible.

Kamala Harris on gun legislation following the latest mass shootings: “We are not without hope on this issue, we’re without action.” #CNNSOTU pic.twitter.com/v0peKOo7s9

All of these mass shootings (&many more) happened under Obama

So Obama was a raciest too? And So called white nationalism must of existed then.

Nothing but total BS coming out of all these Dem candidates. They & the MSM all spew hatred & vitriol towards our President 24/7 & have lost all credibility.

she wants to take guns from legal gun owners, She has never blame the gun man for mass shootings only the gun. It's past time to put the truth out on countries taking guns from the people, We are not a socialist or communist country. pic.twitter.com/Y0ktZzAwFZ